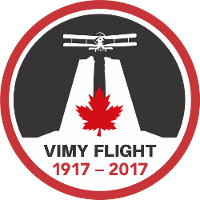 Vimy Flight, is a grass-roots organization with a passion for First World War aviation history. They are a highly experienced group of ex-military pilots with combined flying experience of over 230,000 hours. The concept of Vimy Flight and a formation flying demonstration team began with four key members almost 8-years ago. As they delighted crowds with their air and ground displays, an idea evolved for participating in a momentous celebration in 2017.
– CPAC Special: A Nation Soars – Flight Path of Heroes

Aviation, at the start of the First World War in 1914, evolved from being viewed as an unnecessary novelty to an integral strategic asset that gathered intelligence behind enemy lines. Drawn To Victory tells the little-known story of how thousands of Canadian pilots and Canadian topographic surveyors contributed to the past century’s greatest map renaissance.

Aviation experiences a massive technological and tactical progression during the course of the First World War that forever changes the nature of warfare. Wings of Courage showcases the various roles Canada’s early aviators played through the moving profiles of five notable Canadian pilots..

Vimy Flight at the AGM of the Air Cadet League of Canada!

Vimy Flight in the Air!

Vimy Flight in the News!

A group of pilots will commemorate the anniversary with a special fly-over in replica aircraft, and practice has already begun