What does it mean to take total responsibility for your actions?

It is a concept that I have heard talked about and have read about multiple times, primarily from Jack Canfield.

But it was not until I watched a faith based movie called War Room that I actually got a good understanding of what it means.

In this movie, one of the main characters was a top sales person for a pharmaceutical company.

When it was discovered that he was falsifying records — cheating the company — he was dismissed from his job.

Later in the movie, after going through some other challenges, we see him in his garage with a box of some of the pharmaceuticals he had stolen.

At this time he has a discussion with his wife about what he should do. 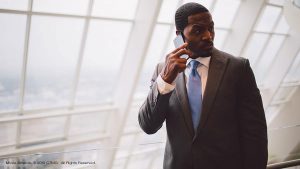 T.C. Stallings as Tony Jordan
in War Room
from http://warroomthemovie.com

Ultimately they decide that he will take full responsibility and return the stolen items to his former employer.

The movie pictures him going to and facing his former employers in a private meeting.

In the meeting, he returns the stolen product and confesses to having already sold aproximately $19,000 worth of additional product.

The two executive officers he meets with briefly discuss some consequences with him and then ask for 2 days to consider their options.

Within the set of the movie, the evening before he is to meet with his former employers again to find out his fate, one of the executives drops by his house.

This executive expresses admiration for this man taking total responsibility.

There is still a further consequence to his actions.

However they chose not to prosecute because he had taken responsibility for his actions — although that was an option that could have been exercised.

What a vivid example of the good that can come from taking total responsibility.

Something to think about.