In my part of the world, the days are getting shorter and colder. 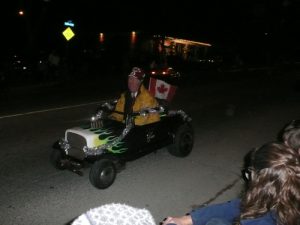 Shriner in mini-car during parade

It is just part of living in Canada.

This is also the time of year when cities and towns, big and small,
host a special kind of parade — the Santa Claus Parade.

And that is what my wife and I will be doing this evening!

We have a relative who has made a tradition of hosting a
Santa Claus Parade Party. 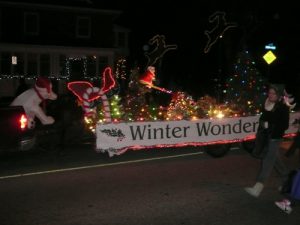 They live on the Main Street and the parade goes right past their
front door.

So many years ago, they decided to host a house party and invite
friends and family.

The highlight of this party is when it comes time for the parade,
we just go outside and cheer it on.

It is a wonderful tradition.

As we move into this Festive time of year, if there a family tradition
that you would like to share, please do so by leaving a comment below.