My wife has seen the movie several times on television, but never in the movie theatre. So being a good husband I went along with her to take in a special 75th anniversary screening of the movie.

To say that it is not my type of movie would be an understatement.

For those who do not know the movie, it is set in the American south during and after the American Civil War.

The central character is a young lady known as Scarlett. She starts off as a teenage girl that all the guys are just falling over themselves to get close to.

She is a drama queen and she plays them all.

What really is fascinating and caught my attention were those times when tragedy did strike. Those times when some rather tramatic events did happen in her life.

In those times, Scarlett would draw upon her personna as a drama queen and do something very unique that we can learn from.

She would be weeping and caught up in the sorrow of the tragedy and then she would shake out of it.

“I don’t have time for this, I will worry about this tomorrow!”

It was fascinating to watch and so insightful. The lesson is that we are in control of our emotions in every moment and every event.

She was a drama queen and she could play it to the hilt.

And in so doing, she used it to strengthen herself.

This is something that we can learn from.

It can be done.

Maybe we do not have that personna of someone who is a drama queen, but we can learn to be in control of our own emotions in every situation.

Just something to think about.

Please share your comments about this Lesson from a Drama Queen below. 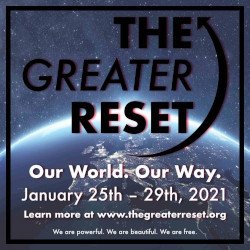