I had an experience with that about 5 years ago. 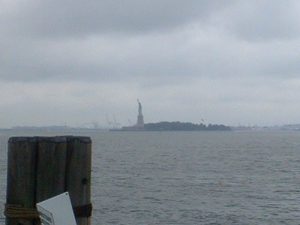 Statue of Liberty on overcast day

I was going to a camp in lower New York State in the Catskills Mountain range.

To get there,  I travelled down a day early and spent the night in a hotel just across the border from New York in the state of New Jersey.

While I was in the hotel,  I realized how close I was to New York City,  and that I have never been there before.

So in the morning,  before heading to the camp I was to spend the week at,  I spontaneously decided to go see the Statue of Liberty!

I got some basic directions and started out.

With that little bit of info,  I was able to find my way into New York City and then to Lower Manhatten,  then down to Battery Park.

All the time I just knew that this was the right way to go.

I did this all  without any maps or any other directions.  It was all done by following some internal nudges. 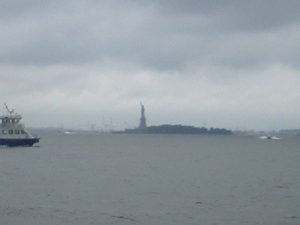 Statue of Liberty on overcast day

The day was a bit foggy and very overcast,  but the fog had lifted enough that I could see the Statue of Liberty from the park.

It was just a neat experience.

Spent a few moments  and took a few photos before leaving.

Without a map,  just following the nudges,  found my way out of the city.

After I got out of the city and back on the open highway,  I drove into a heavy rainstorm.

From there,  through the rain,  I was able to find my way to the camp.

For this part of the drive,  I did have maps because this was planned out ahead of time.

It was really a neat experience.

It is not normal for me to take a drive that is not mapped out.

But to do so and not get lost,  but to feel guided all the way — it was totally amazing! 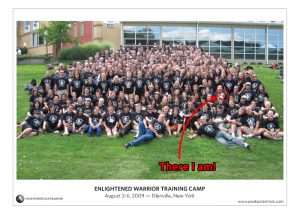 If you have ever had an experience of your own where you have followed your intuition,  please share it as a comment below.

I wish you all the best,
Derrall