Have you ever had a situation, where you have imagined
something that you thought would be neat to have happen —

and then it actually happens!

Earlier this week I was planning to meet with a colleague
who was in town from another part of the country to attend
a training course by a mentor of both of ours — Bob Proctor.

Our plan was to get together for dinner.

Throughout the day the thought just kept coming to me

wouldn’t be great if Bob Proctor came to our table

and we were able to talk with him one on one.

It was just a neat thought.

So the time comes to drive to the hotel where the training was taking place.

I had just gotten settled inside the front door when Bob Proctor came down the hallway.

We spoke for a few moments then went our separate ways. 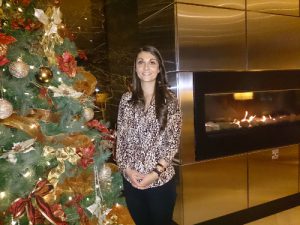 my friend and colleague

During dinner with my colleague, we discussed several things including the
thoughts that had been playing on my mind throughout the day.

After dinner we continued talking and Bob Proctor came into the
restaurant.

I saw him and waved to him.

He immediately came over to us and spoke one on one with
us at our table!

The very thing I had imagined was FULLY FULFILLED!

It happened just the way I imagined it!

It was so simple.

What in your wildest fantasy what would you like to see happen?

Do not put any pressure on it.

Just be with it.

Would you be willing to share in the comments below,
What would really be neat to happen for you?