This website — FiftyPlusFreedom — started out as a collection of worthwhile articles and miscellaneous musings in the broad area of Personal Development and Self Help.

However, as the world fell into the trance of the Covid False Flag in early 2020, the focus shifted to alerting readers to the clear and present danger that has engulfed the world. 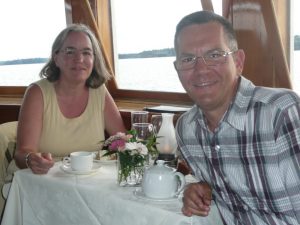 Derrall had stopped giving attention the MainStream Media (MSM) when he became a serious student of Personal Development starting in 2006. This simple act protected him from the propaganda that was being broadcast upon the general population.

In addition, he was unimpressed with his forays into Social Media, so he gave up trying to fit in. This decision ended up protecting him from the propaganda that was being spread user to user.

Conspiracy Theories, which had not been part of Derrall’s study, quickly became the focus of his attention.

Very quickly, he began to comprehend the nature of the situation that was unfolding in the world.

While the external worldview was becoming more clear, another transformation was taking place.

This was an internal, personal transformation — resulting in returning to the faith he once knew as a young man.

Now, he is a serious student of the Bible.

He is not eloqent, but “slow of speech” and struggles for words to communicate the message that is on his heart.

The videos he produces are of amateur quality.

However, they are the product of his feeble effort to share a message that the citizens of the world desparately need to hear and to heed.

Please join him on this journey.